Designer For The Day!!!

I've been absent for a week or so as I had a little holiday-jaunt-type-thingy in Zakynthos with my lovely buddies - YEAH, Karen Kelly, this includes you! Thankyou for the surprise too!
I had another fabulous week away with lots of food, booze and sun - well, it was a little cloudy but, true to form, I still got a tan!
It's really lovely meeting up with faraway friends who can't just pop round for a coffee now and again - it makes the reunions all the more sweeter methinks!

So, not only have I had a holibob, I've also been given a moving date (sort of!). So, I'm spending time packing stuff, chucking stuff, sending stuff to the charity shops and selling stuff.............SO MUCH STUFF AND SO LITTLE TIME.
How on earth I'm going to pack up and dismantle my craftroom I have no idea! That will be the worst of the whole house!!!

I did come back to a nice surprise (kind of expected but it looks better than I thought it would), by having my card featured in Papercrafter magazine as part of their Designer for the Day series. 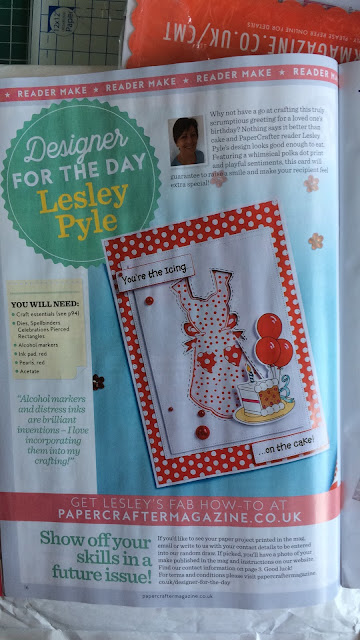 It's actually a rich red and white card but the photo isn't doing it much justice.
I suggest you go out and buy the magazine (issue 113!) so you can see it better!!! lol x

Anyhoo, I've also been making another festive card for the Christmas issue of Papercraft Inspirations.
This has been made at lightning speed as I've another one to make for Quick Cards Made Easy magazine and my stuff (!) will be packed away soon.

Hope you all have a great week.


Posted by Lesley at 5:12 pm No comments: Links to this post

Fab Friday! It always is with Tiddly Inks!

Hi everyone!
It's Fab Friday over at the Tiddly Inks challenge blog!
I hope you have a mooch on over there for some uber cute inspiration from the oh-so talented Design Team then wing your way over to the SHOP and have a good old look around for some tantalising images you can use with your crafting projects.
Even if you've some images already in your stash, why not join in and play along ? Add your design using the inlinkz tool at the bottom of the challenge post and sit back and relax! the fun work's done, now time to enjoy all the other projects too; maybe, visit the Design Teams blogs and leave a lovely little comment!

This special lady and her beautiful friend is  Magda and Sparkles.

If you choose this option, you'll be rewarded with a bonus of digital papers too! What's not to love? 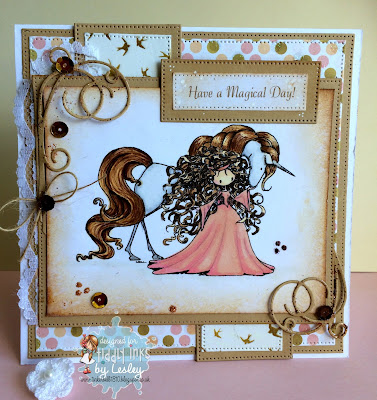 After stamping the most gorgeous image, I coloured it with Spectrum Noir and Tonic marker pens.
I distressed the background with a little Tim holtz vintage photo then layered it onto Kraft card.
The mats and layers are also from Kraft card and I used a selection of papers from an unknown pattern book with a little lace, some twine, a couple of flourishy die-cuts, sequins, glitter and of course a lovely sentiment which I created on the pc and printed out.
It's not my usual style of card but, I thought this image worked really well this way.

Hope you've been inspired enough to pop on over to the challenge blog and join in!

Posted by Lesley at 8:00 am No comments: Links to this post

Just a quick post to let you know my latest card for Papercraft Inspirations magazine issue 170 (reader tester team) was published this week!
I was asked to create a card using some printable papers and elements and could make it Christmassy or wintry - whichever I liked!
So, I made it Christmassy as I think I could do with the practice as it's been a year since I last made Christmas cards! Lol

This is what I made : 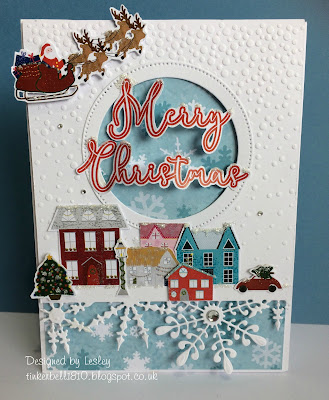 As well as the printable papers and elements, I used a snowflake border die for the bottom of the front panel and pierced circle dies for framing the aperture.


Posted by Lesley at 10:22 pm No comments: Links to this post

It's time for another fun challenge over on the Tiddly Inks challenge blog and it's time for a break from the themes so let your tiddly flow!!! our theme this month is simply

So let your creativity go using any of your Tiddly Inks images!

(***remember - We love to see any new creation, a card, 3D project, journal page etc, but you MUST use a Tiddly Inks stamp or image ***).

This is the card I made featuring this awesome EWE which you can purchase right here! for only $2.50! 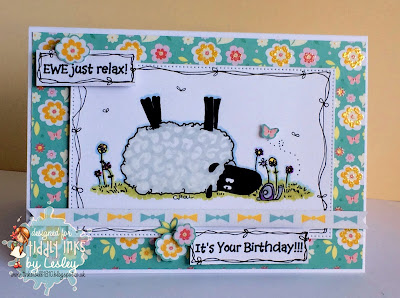 Products Used :-
A fab paper/card pack from a company in the Netherlands (can't find out exactly who they are though!
White A6 card base
White cardstock
Pierced edge rectangle die - unbranded.
Spectrum Noir markers
Printer
Black fine liner pen.

A simple card which was quick and fun to make :)

Hope you all enjoy the challenge!

I hope you're having a lovely weekend.
It's a gloomy, wet and miserable day here in Leyland so I don't feel guilty about sitting in my craftroom and catching up with my blog and organising my "world" instead of being over at the new house doing stuff!!!
It makes a change NOT to feel guilty about relaxing for once!

Anyhoo, the title of this post is relevant to the card I made using the FREE GIFT with the QCME mag. I made it just for fun then decided to send it to them anyway as they do like to see what we make with their monthly gifts. 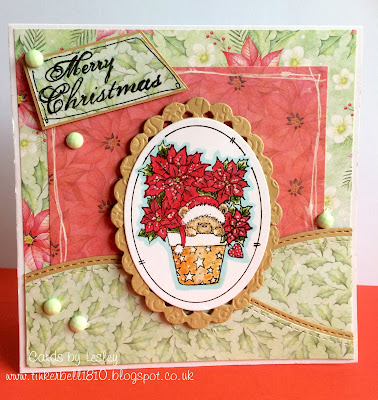 That's it for today.
Enjoy the evening, wherever you are!


Posted by Lesley at 5:47 pm No comments: Links to this post

I love to design with Studio Light products. 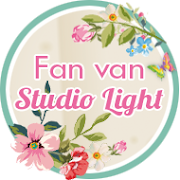 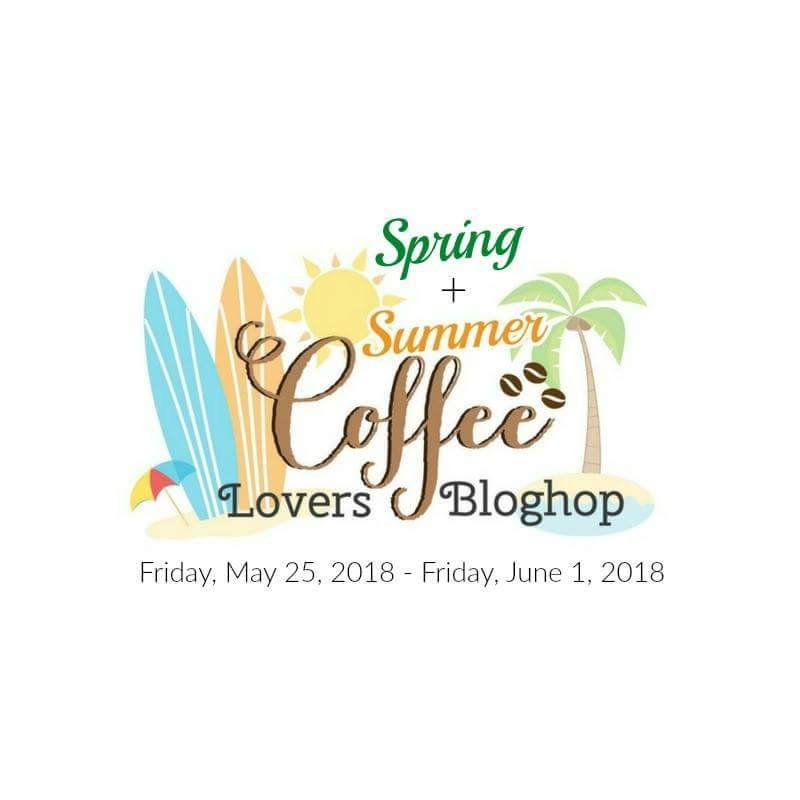 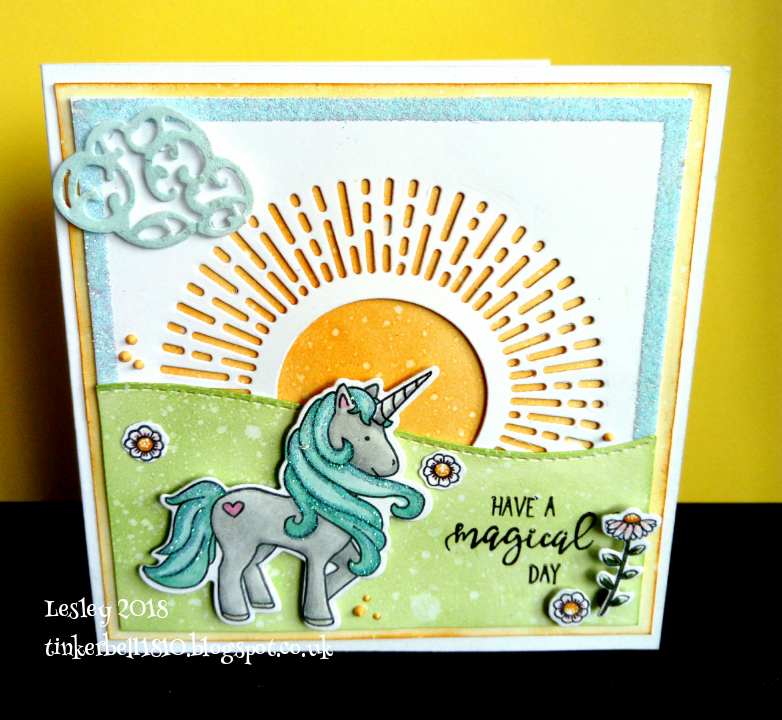 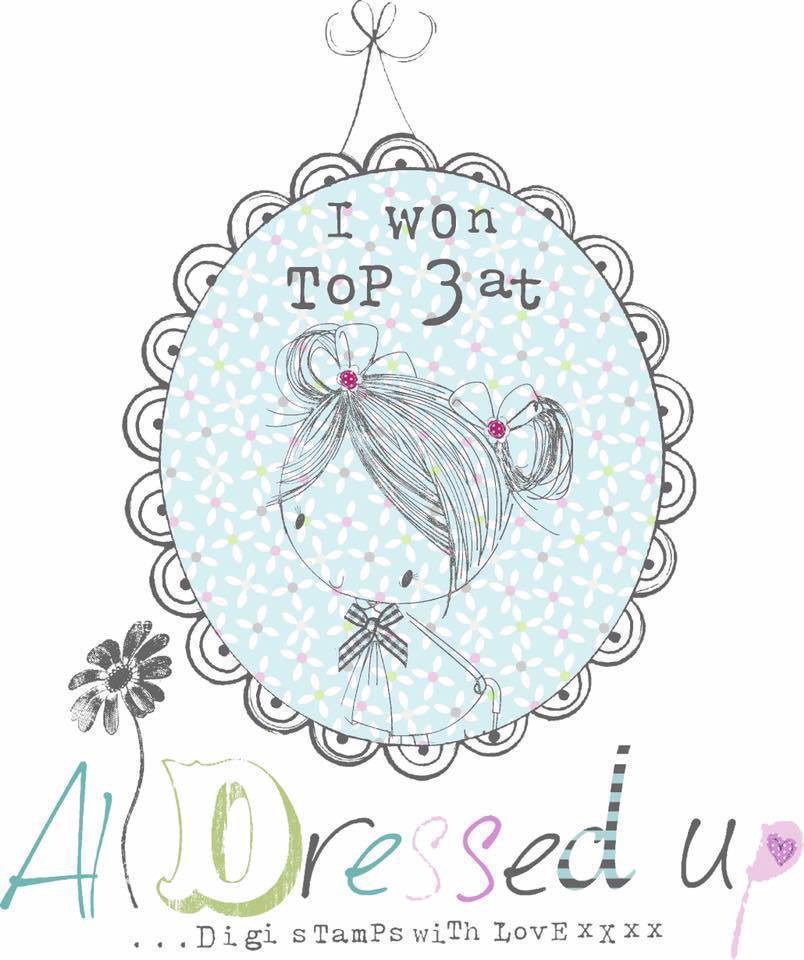 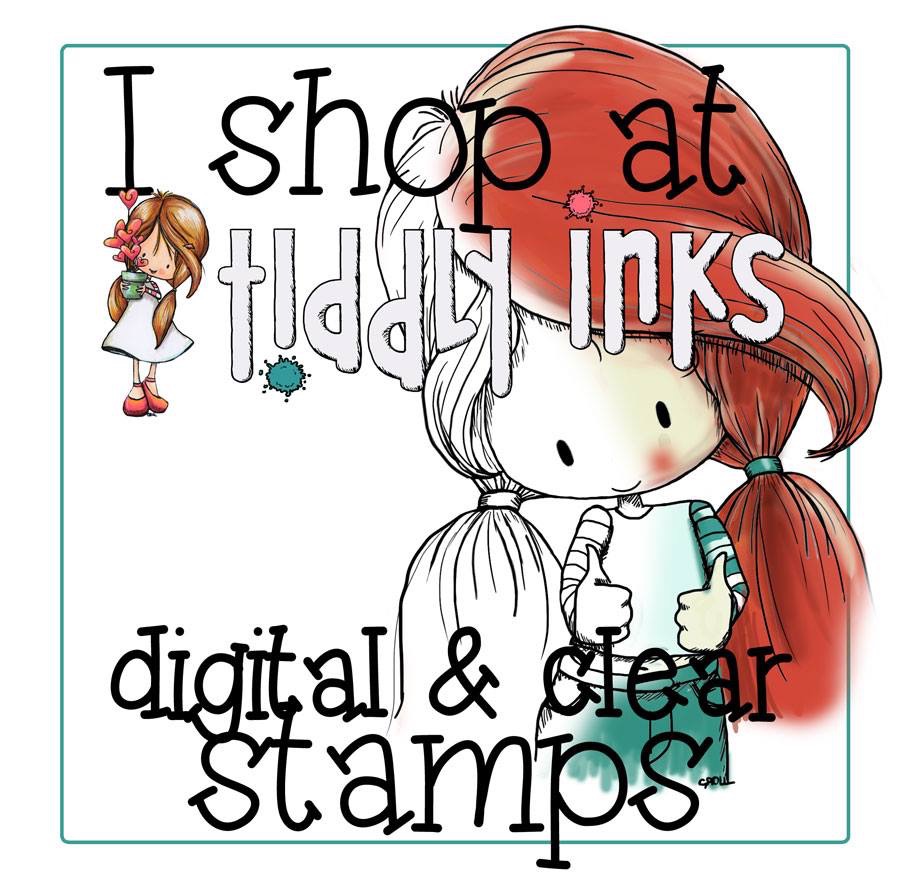 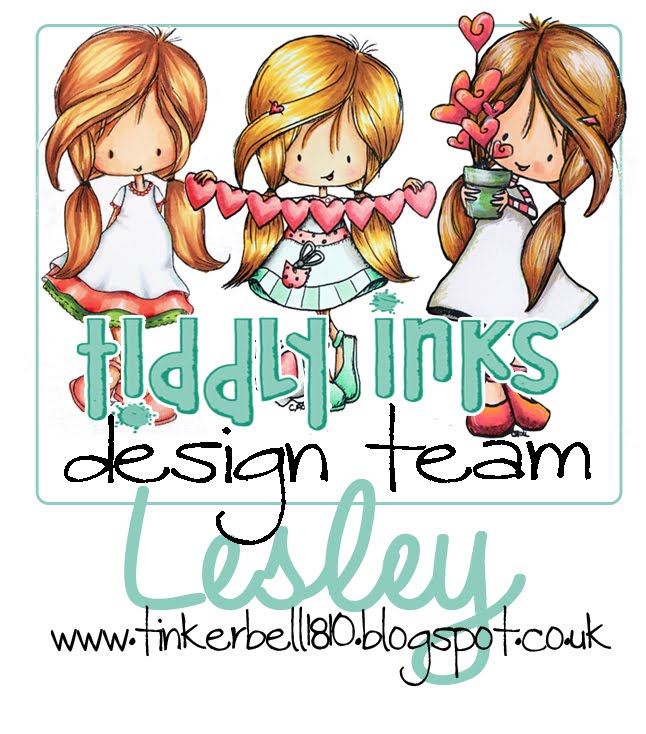